Day of Prayer for the Legal Protection of Unborn Children

Today, in Mercy, our first reading is stuff worthy of an action movie! Even today, in my seventh decade, I remember the first time I heard it as a spellbound child. Could young, virtually unarmed David really conquer a GIANT! 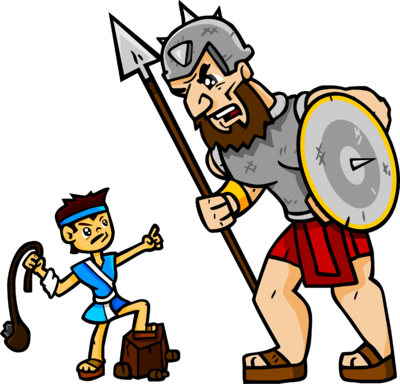 Wrapped in the story, of course, is the spiritual nugget we are meant to take to our own heart:

…thus the whole land shall learn that Israel has a God.
All this multitude, too,
shall learn that it is not by sword or spear that the LORD saves.
For the battle is the LORD’s
and he shall deliver you into our hands.

We have battles of every description all around us: military, political, economic, cultural, moral, and personal. Today’s Day of Prayer highlights one of those battles – the right to life for unborn children.

On January 22, 1973, the Supreme Court issued a 7–2 decision in favor of Roe that held that women in the United States have a fundamental right to choose whether or not to have abortions without excessive government restriction, and struck down Texas’s abortion ban as unconstitutional. (Wikipedia)

Since that fateful day, many people of faith, and certainly the Catholic Church, have fought this decision. It has been a contentious and divisive battle which has divided people into pro and anti-abortion factions.

From my perspective, one unfortunate dimension of the situation is an insufficient effort by Catholic bishops to provide wholistic definition, research, teaching, and support to Catholics on the moral imperative for the right to life in all its aspects.

Episcopal support for right to life often degenerates into a single-issue approach which fails to instruct on other life issues such as war, death penalty, poverty, adequate health care, civil and women’s rights, and environmental justice.

At the same time, morality statements around these issues often fail to address legitimate concerns around birth control, maternity care, newborn nutritional programs, and other issues parents struggle with.

Probably what most infuriates me is the political hijacking of this single issue by those whose own moral and policy choices mock a comprehensive culture of life.

Benedictine Sister Joan Chittister said this in a 2004 interview:

“I do not believe that just because you are opposed to abortion, that that makes you pro-life. In fact, I think in many cases, your morality is deeply lacking if all you want is a child born but not a child fed, a child educated, a child housed. And why would I think that you don’t? Because you don’t want any tax money to go there. That’s not pro-life. That’s pro-birth. We need a much broader conversation on what the morality of pro-life is.”

Personally, I am deeply opposed to abortion. And I am just as deeply opposed to an inconsistent morality and a policy-making which isolates this issue to the point of stagnating ignorance and indifference on other critical life issues.

A phrase in today’s Gospel struck me as I prayed on these things. Perhaps it will strike you as well:

Jesus acknowledges that finding moral perfection requires a balancing of goods, some of which are weightier than others. The Sabbath laws were designed to foster the spiritual life. But if their observance consigns this crippled man to hopelessness, have the laws met their goal?

If indeed a life is saved from abortion, society must continue to save that life by fostering a culture which supports it for ALL of its life..