Friday of the Fourth Week in Ordinary Time

Today, in Mercy, Sirach gives us a beautiful eulogy for King David.

A eulogy sets a particular frame of remembrance around a person’s life. Like Sirach today, that frame tries to capture the positive accomplishments of the person who has died. We set aside any mistakes and negativity. Or we acknowledge them as Sirach has done for David by invoking God’s forgiveness:

The LORD forgave him his sins
and exalted his strength forever.

To tell the truth, I’ve attended a few funerals where I wondered what the speaker might come up with in a positive regard. You know, you need more than a sentence or two for a decent eulogy! Despite my wondering, every tribute has provided an enriching lesson on the sacred beauty of a human life. 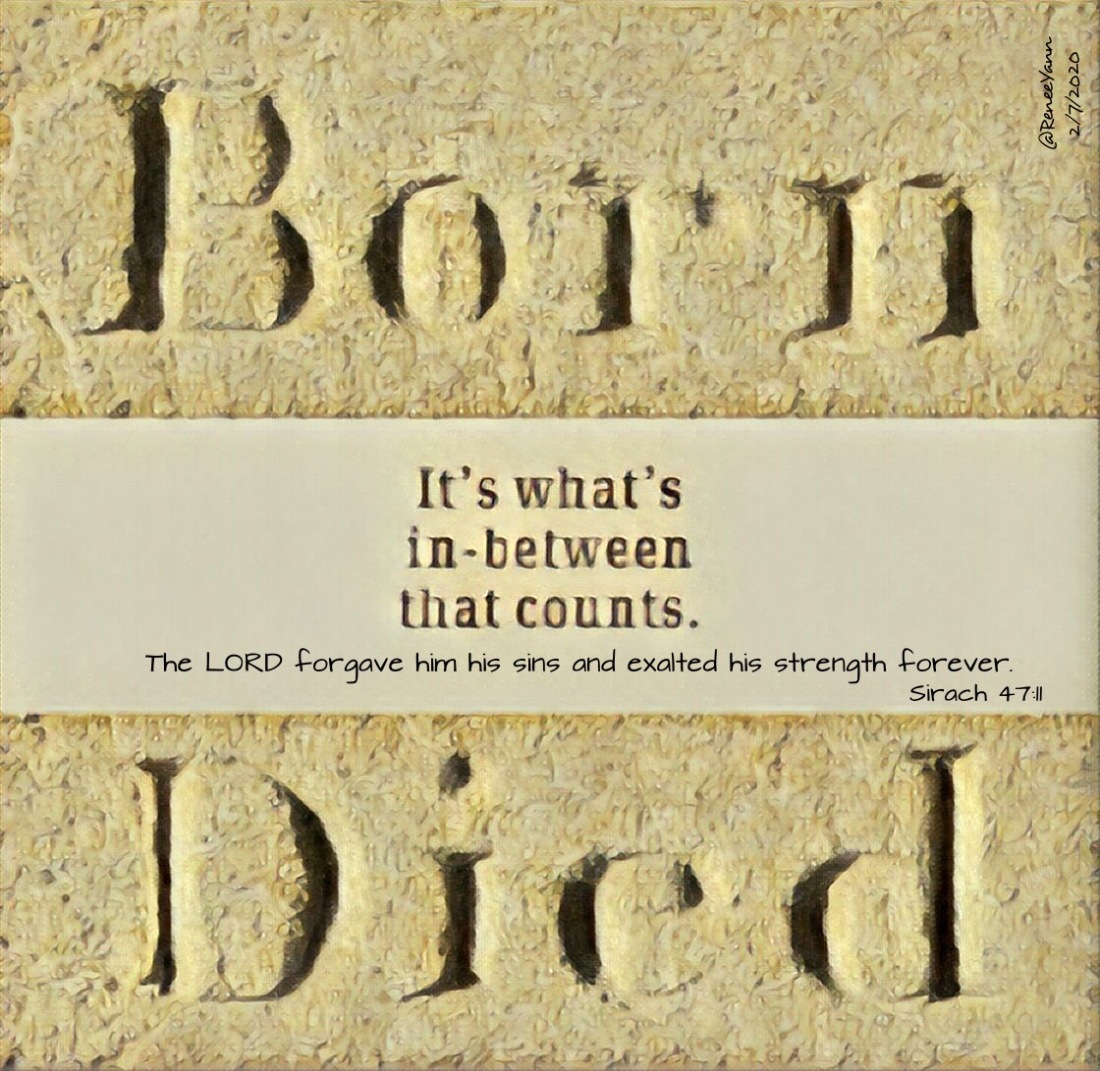 There are times when I leave such a life celebration thinking, “Gosh, I never realized that about him!” or “Wow, there are so many things we don’t understand about someone’s life!”

If only we could treat every living person with the same honor their eulogies inspire!

In our Gospel, we read the sad and violent story of John the Baptist’s martyrdom. It’s a passage filled with the best and the worst of the human heart. One would wonder what kind of eulogy could have eventually been crafted for the likes of Herod, Herodias, and Salome.

But for John the Baptist, Jesus had given him the perfect epitaph even before John died.

I say to you, among those born of women
there is no one greater than John;

In the verse, Jesus also reveals what it takes to earn greatest accolade in God’s eyes:

… yet the one who is least in the kingdom of God
is greater than John.

When Jesus spoke that verse, John had not yet died. If Jesus said anything about John after his death, the words are not recorded. All we have is this poignant response from Matthew:

Later, John’s disciples came for his body and buried it.
Then they went and told Jesus what had happened.
As soon as Jesus heard the news,
he left in a boat to a remote area to be alone.
But the crowds heard where he was headed
and followed on foot from many towns.
Jesus saw the huge crowd as he stepped from the boat,
and he had compassion on them and healed their sick.
Matthew 14: 12-14

As we pray today with the legacies of David and the Baptist, we might consider what we’d want to see engraved on our own tombstones. I’ve told my friends I’d like to see this:

Still working on it!😉

Music: Lay Me Down – in this song, two icons of country music, Loretta Lynn and Willie Nelson sing their own kind of eulogy. (Lyrics below)