Today, in Mercy,  our readings offer copious lessons as well as an enthralling drama from the Book of Daniel. 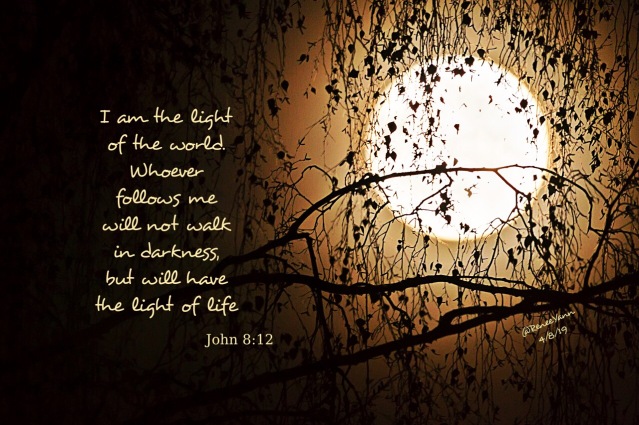 We have heard the original story many times, and seen it repeated, down through the ages, in innumerable forms: a woman targeted by lecherous men, innocence betrayed by treachery, power exercised in destructive selfishness. When we see goodness vindicated in this story, we feel a certain victory for the ages! Am I right?

While the story’s surface addresses sexual assault and false condemnation, its heart is about power and truth. Susanna and Daniel embody these virtues. The two corrupt judges manifest their distortion.

In our Gospel, Jesus proclaims his identity as the Light of the World. He confronts the Pharisees because they “judge by appearances” rather than by truth. They use their power to oppress rather than to free.

Power and truth suffer terribly in today’s world. They are obscured by the same darknesses we see in the story of Susanna – conspiracy, secrecy, false accusation, dissimulation, malfeasance, and total disregard for human pain. Ultimately, it is always the innocent and poor who suffer most in such an atmosphere.

We pray today for Divine Light for every hidden darkness, for bravery like Daniel’s, for fidelity like Susanna’s, and for truthfulness to make us worthy of the Name of Christ.

Music: A mantra based on John 14 – The Spirit of Truth