Thursday of the Second Week in Ordinary Time

Today, in Mercy, both David and Jesus deal with the effects of immense popularity.

In David’s case, Saul is so jealous and threatened by David’s military success that he plots to murder him. Saul’s son Jonathan, David’s dear friend intervenes to turn his father’s evil intention. Ultimately though, Saul remains a man destroyed by jealousy. 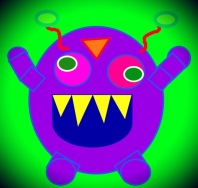 Jealousy is aptly characterized as the “Green-Eyed Monster”:

The phrase ‘green-eyed jealousy’ was used by, and possibly coined by, Shakespeare to denote jealousy, in The Merchant of Venice, 1596.

In Othello, 1604, Shakespeare refers explicitly to the ‘green-eyed monster’ as jealousy when treacherous Iago counsels Othello:

These powerful words capture what it is like to feel, or to be the object of, jealousy – a feeling which grows out of one’s own insecurity. But since it is a feeling, it is not a sin. It is when we act on our jealousy, as Saul planned to do, that we sin.

I think, at sometime in our lives, most of us have experienced jealousy- either as donor or recipient. How we responded either fortified or eroded our character. Sincere reflection on those responses can continue to help us grow in charity.

Thinking about that, I benefitted from reading this passage from the Catholic Encyclopedia:

Jealousy is here taken to be synonymous with envy. It is defined to be a sorrow which one entertains at another’s well-being because of a view that one’s own excellence is in consequence lessened. Its distinctive malice comes from the opposition it implies to the supreme virtue of charity. The law of love constrains us to rejoice rather than to be distressed at the good fortune of our neighbor.

Our daily prayer and ever-deepening relationship with God can free us to face any “green-eyed monsters” we encounter, turning them into occasions of grace. Let’s pray for that!

One thought on “The Green-Eyed Monster”