Thursday of the Fourth Week of Lent 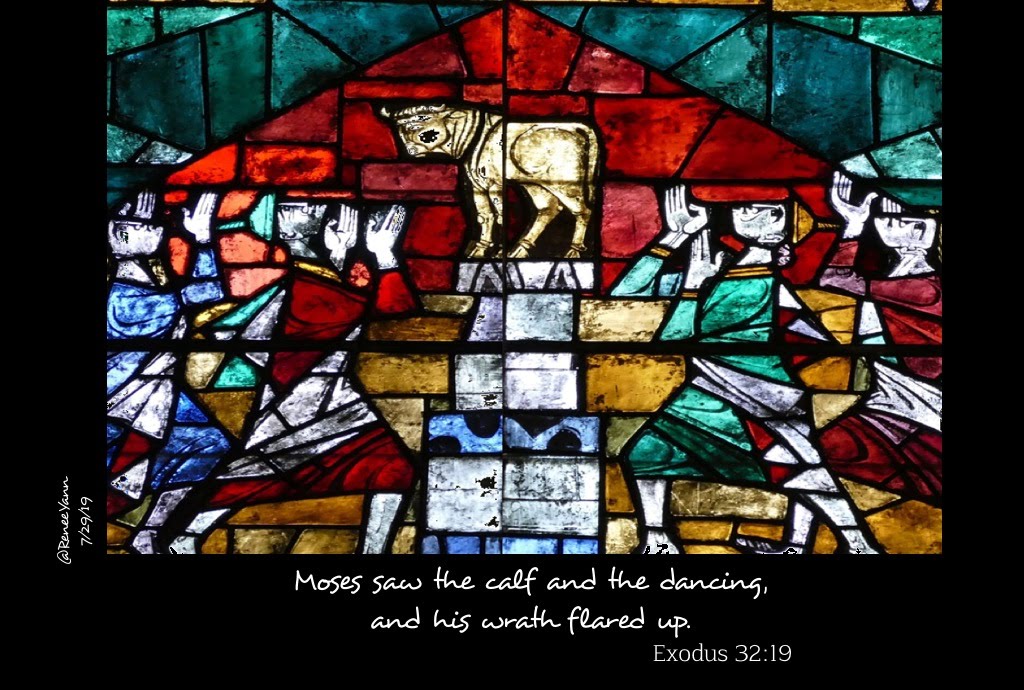 Today, in Mercy, God sends Moses down to straighten out his “depraved people” because, despite all God’s  goodness to them, they have preferred “the golden calf”.

In the deprivations of this pandemic time, when all of us are doing a lot of soul-searching, we are discovering quite a few golden calves still running around in our times.

One of them jumped out at me last night when I read this headline:

I woke up this morning still appalled by the statement.  But upon reflection, I realized that Mr. Patrick may have unwittingly done us a great service if we ruthlessly unpack his cavalier remarks.

How have we gotten to a world where such a statement can be uttered and even approved by some? How can we so blatantly ignore basic moral principles such as the sanctity of every life, and that the ends never justify the means? Well, let’s take a look at Moses’ “depraved” community. They seem to have reached a similar moral deprivation.

I think the key lies with the golden calf.  The idol is a symbol of the Israelite community’s economy, what they really deem most important, what they really worship when they think God isn’t looking. When they look upon its golden reflection, they see themselves mirrored back the way they want to be – rich, powerful, and dominant. Lt. Governor Patrick’s statement should make us consider how we have become hypnotized by the same idolatries.

Let’s face it.  We live in a culture that has normalized war, capital punishment, abortion, illegal detention, corporate hijacking of natural resources, unchecked pollution, and commercialization of deadly substances like tobacco. Why are we surprised that we’re ready to sacrifice the elderly to preserve the sheen on our “golden calf”?

We have created a world where we welcome information sources that tell us lies just so we can be falsely convinced and dangerously indifferent. It’s really hard to discern a moral path amidst today’s political complexities. So let’s just build that golden calf whose mesmerizing patina permits us to remain morally comatose!

I hope we allow this man’s callous commentary to continue to stab our consciences:

Somebody’s beloved can die
not only so that my beloved can live,
but can also have an undamaged economy.

I’m not willing to die to shore up that economy, are you? But I’m sure willing to fight to change it.

So, at least, thanks for inspiring me, Lt. Governor Patrick and God help you!

Music: If There’s a God in Heaven – Elton John – (a song that could reflect how the ancient Israelites struggled with their tortuous journey. (Lyrics below)

If there’s a God in heaven

Well, what’s he waiting for

5 thoughts on “Our Golden Calf”