Wednesday of the Sixth Week of Easter

Today, in Mercy, Paul gives a magnificent oration at the Areopagus in Athens. It was a big deal billing!

Areopagus, earliest aristocratic council of ancient Athens. The name was taken from the Areopagus (“Ares’ Hill”), a low hill northwest of the Acropolis, which was its meeting place.

In pre-classical times (before the 5th century BC), the Areopagus was the council of elders of the city, similar to the Roman Senate. Like the Senate, its membership was restricted to those who had held high public office.

The Areopagus, like most city-state institutions, continued to function in Roman times, and it was from this location, drawing from the potential significance of the Athenian altar to the Unknown God that Paul is said to have delivered the famous speech, “Now what you worship as something unknown I am going to proclaim to you. The God who made the world and everything in it is the Lord of heaven and earth and does not live in temples built by hands.” (Wikipedia)

The sermon has so many beautiful lines, like glorious diamonds that can be turned over and over in prayer. Here are a few that glistened for me:

God … does not dwell in sanctuaries made by human hands
(Instead, God dwells within us)

God is not served by human hands because God needs nothing.
(Instead, our everything comes from God)

God made from one the whole human race to dwell on the entire surface of the earth.
(We are all connected in the One Creation)

God fixed the ordered seasons and the boundaries of their regions,
so that people might seek God,
even perhaps grope for him and find him,
though indeed he is not far from any one of us.
(We do grope, sometimes in darkness.)

God has overlooked the times of ignorance,
but now he demands that all people everywhere repent…
(Without Christ, we were in shadows of unknowing. With Christ, we are in Light.) 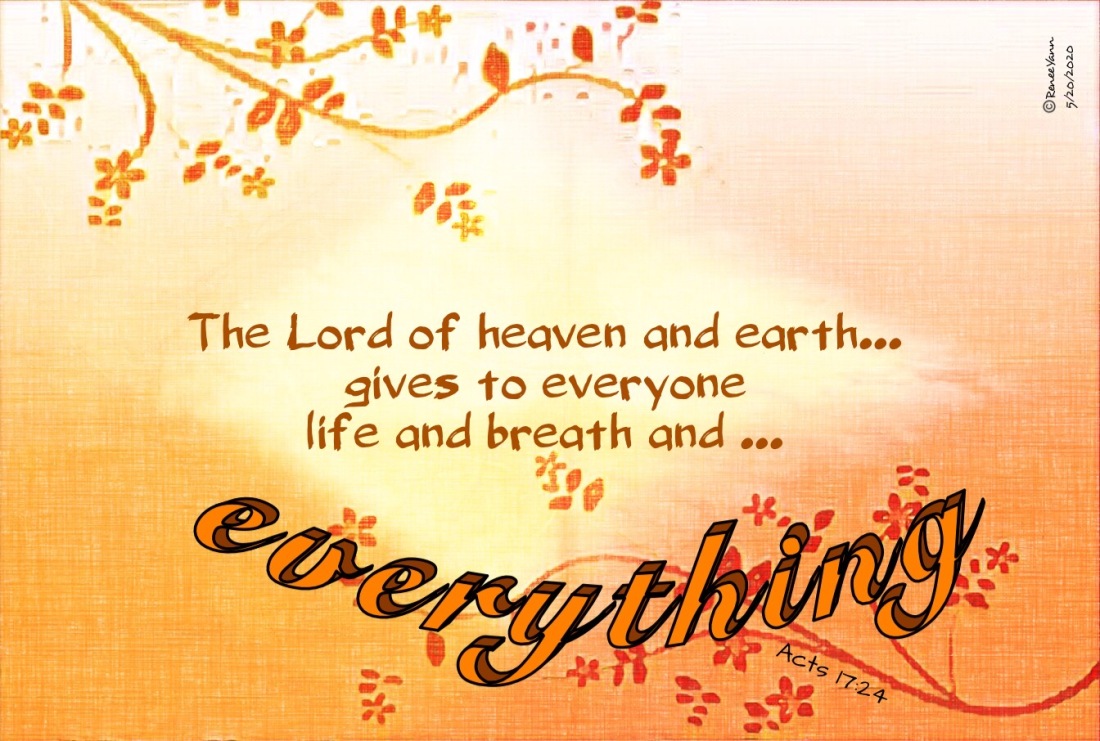 What is the “everything” that God is giving you today? What is the abundance of grace, or hope, or longing in your heart as you pray today? Let God’s fullness embrace any emptiness as you offer God your silence and waiting.